Does the Palace Need 'POTE' Training?

Over the weekend a gold toilet that was exhibited at Blenheim Palace was stolen. Beside the jokes about security standards (lots of reference to bodily functions and waste) this is a serious matter. The value of the asset was well known and appropriate steps that are proportionate to the value should have been implemented to protect it from loss or damage. Further information will come out in days to come but this was avoidable. 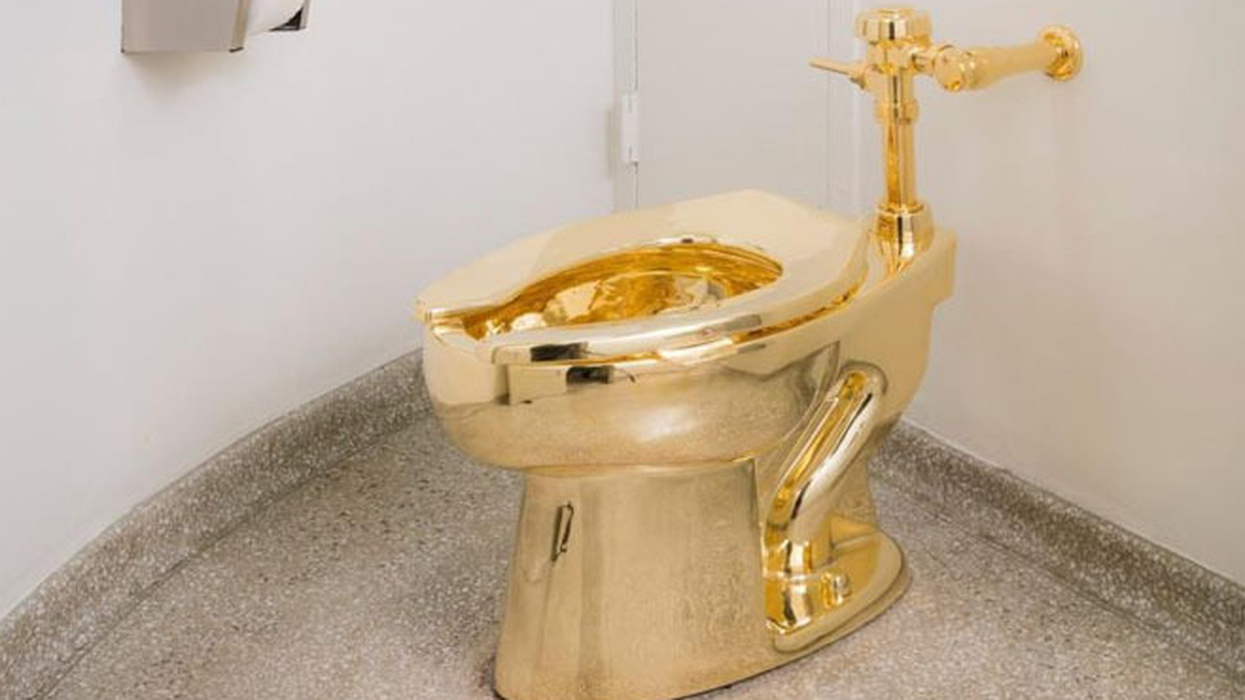 Shortly before 5a.m. on Saturday the 14th September 2019 thieves broke into Blenheim Palace and stole a gold toilet entitled ‘America’ that was being exhibited. The art piece was created by Maurizio Cattelan as a functioning toilet and as such plumbed into water and drainage systems, indeed part of the attraction is that visitors could use the £1 million toilet for all bodily functions.

Unfortunately, the approach to protecting this exhibit seemed to be lacking as did the understanding of criminal intentions and desires. It was reported in the Guardian newspaper that the Duke of Marlborough’s half brother had said that it wouldn’t be easy to ‘nick’ (steal) and he told the Times Newspaper; “Firstly, it’s plumbed in and secondly, a potential thief will have no idea who last used the toilet or what they ate,…So no, I don’t plan to be guarding it.”

Oh dear! Does the family not understand that criminals do not particularly care about bodily waste if there is £1 million of gold at the end of it? Declaring that no additional protection was going to be applied would be seen as a challenge for all organised crime groups to take up; as they appear to have done. Criminals would not have seen a piece of art they would only see a commodity that could be melted down and then sold on for a great deal of profit at very little risk.

This demonstrates a lack of understanding of security risk management and appears to have relied on existing security measures as opposed to looking specifically at the risks that this exhibit brought.

In the title I mentioned POTE. Trident Manor uses the acronym POTE™ to represent the different security measures that can be implemented to protect assets or identify levels of vulnerability. POTE – denotes Physical, Operational, Technical and Educational measures that can be adapted to increase vigilance and reduce risks.

Finally, this does not appear to be an opportunistic attack. There must have been planning and reconnaissance; were the invigilators, front of house staff etc. training to spot and identify suspicious behaviour? Was somebody focused on the toilet and not other exhibits, did they repeatedly go into the room? Had staff been educated and trained to understand the different threat sources that exist and have the governance to understand the actions they should take? Probably not! As part of the educational process for protecting cultural venues senior management need to themselves understand the threats and risks that exist and ensure that they do not release information that will be beneficial to criminals.

I hope that the toilet is able to be recovered before it is melted down and distributed to the four winds; unfortunately I don’t think that will be the case.

This attack and other similar ones like it are the reason why Trident Manor has been delivering a range of specialist cultural protection programmes to help reduce and prevent these type of avoidable incidents occurring.

For further information about our training programmes or about how we can protect your cultural venue please feel free to contact us.