Priceless 18th century jewellery stolen from Dresden’s Grünes Gewölbe historical museum, on Monday 25th November 2019. What protective security measures existed? What risks were known and what else could have been done to prevent this burglary from happening? 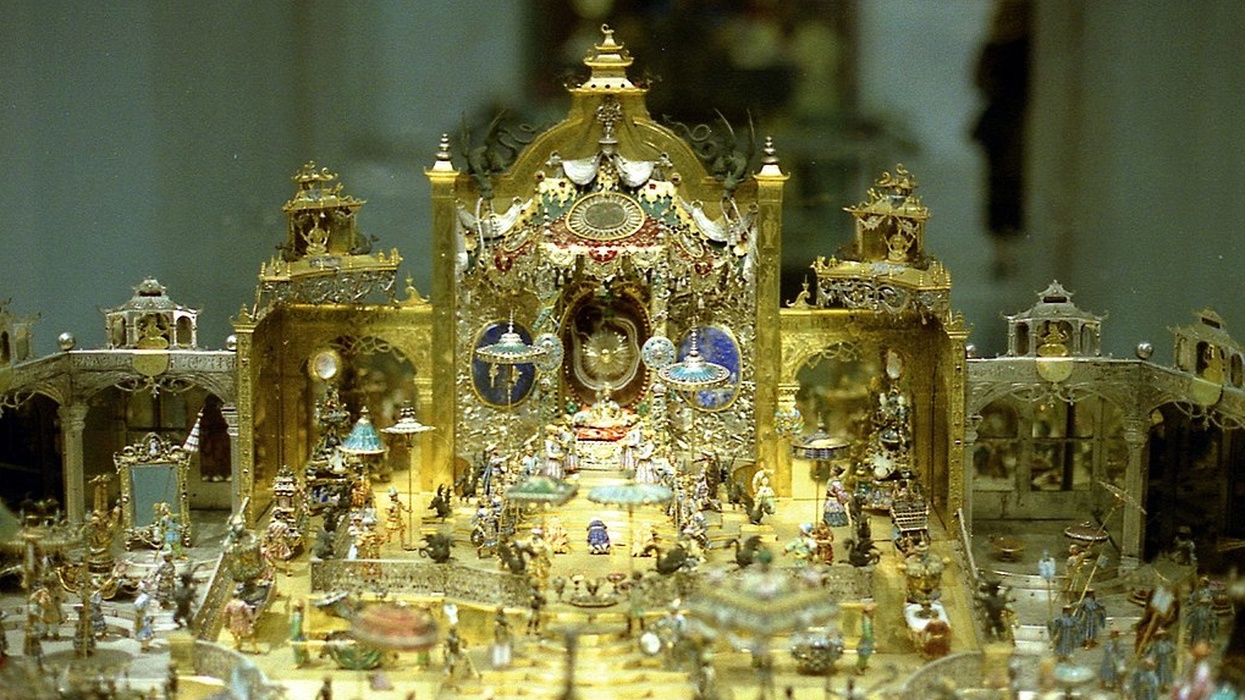 At about 5 a.m. on Monday 25th November 2019 a burglary took place at the Grünes Gewölbe museum (translated as Green Vault), a former royal palace housing 3,000 items of jewellery and other artefacts decorated with gold, silver, ivory and pearls; the most valuable of which are located on the ground-floor.

From what is known at the present it appears that the criminals attacked an electrical junction box setting fire to the cables and as such disrupting the museum’s alarm system and impacting some of the streetlights. The criminals are then seen smashing their way into the museum via a ground floor window, after removing some metal grilles. The next CCTV footage shows them attacking display cases with either an axe or hammer before escaping with items rumoured to be worth around 1 billion euro and irreplaceable. A burnt out car was found which was believed to have been used by the criminals.

There were guards on duty and there were multiple alarm activations. However, they did not respond and instead awaited the arrival of the police; by which time the criminals had escaped.

Whilst not all of the facts are known there are a series of questions that should be asked; specifically with regards to whether vulnerabilities had been identified, accepted or ignored. These include:

Trident Manor continues to deliver global programmes that provide cultural venues with solutions to manage identified and anticipated threats and risks in a sensible and pragmatic way. This includes the creation of a bespoke suite of training programmes that have been delivered to international audiences.

For further information about how Trident Manor can assist and support the protection of your venue why not visit our website; or contact us directly via Contact Us.