Middle East Tensions - Where are we now?

The killing of Qaseem Solemani has sent shock waves throughout the Middle East and the wider world. Irrespective of thoughts about the merits of the killing the impacts are likely to be felt for some time to come. This blog explains a bit of the history and examines potential implications for international organisations operating in the Middle East. 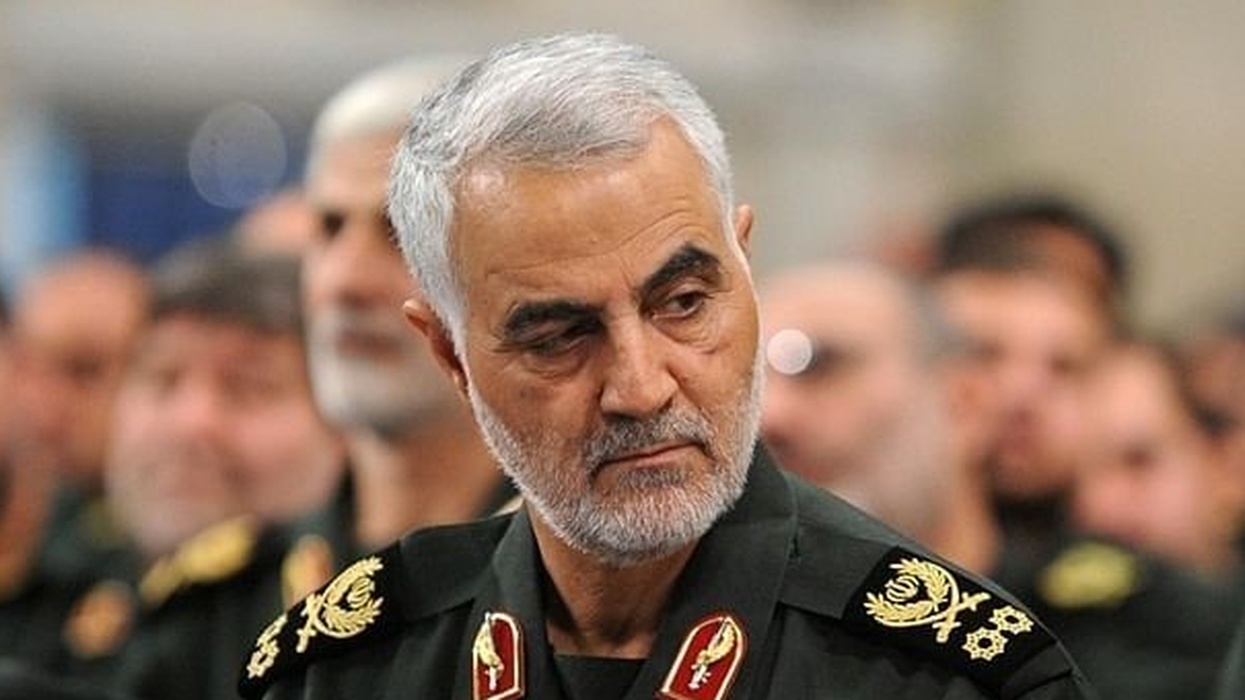 Irrespective of your views over the merits of the drone strike that killed Qaseem Solemani on the 3rd of January 2020 there should be no doubts about the wider impact that could occur; regionally and internationally.

Many argue that after Iran’s Supreme Leader Solemani was the second most powerful person in the country. As a Major-General in the IRGC (Iranian Revolutionary Guard Corps) and the leader of the Quds Force; a division within the IRGC he was responsible for the orchestration and delivery of clandestine operations internally and internationally.

Solemani, the Quds Force, and the IRGC were all designated by the USA and others as terrorist organisations or terrorists through association.

Why was he viewed as being a danger?

For decades Solemani and the Quds Force have orchestrated attacks and destabilisation tactics across the Middle East either directly or through the use of proxies such as Hezbollah and militant groups in Syria and Iraq. There have been international incidents involving the Quds in Germany, USA, Lebanon and India where clandestine operations such as surveillance and targeting of ‘enemies’ of Iran have taken place.

As the leader of the Quds he was until his death directly involved in assisting both the Syrian and Iraqi governments through the creation and orchestration of militias and through logistical, intelligence and strategic support.

Over the past year there has been a major escalation in incidents involving Iranian forces including the alleged bombing of ships within the Arabian Gulf, support for Houthi rebels in Yemen and the alleged drone attack on the Aramco oil refinery at Abqaiq; the chance that Solemani was not involved would appear to be slim.

Therefore, with control of militias within both Syria and Iraq and the high level of influence that Solemani personally had with Presidents Assad and Abdul-Mahdi the ability for attacks to be directed against third party forces within these countries could not be ruled out. This was highlighted by the rocket attack by Kataib Hezbollah, an Iranian backed militia that resulted in the death of a US contractor. This led to retaliatory airstrikes against the militia which in turn resulted the attack and damage of the US embassy in Baghdad; an orchestrated act that is unlikely not to have been approved at the highest levels; Solemani.

What is the potential fallout?

This is difficult to say. Whilst the media is showing pictures of many mourners out on the street crying, “Death to USA” there are equally those from the Sunni Muslim and minority communities who are jubilant at his demise as they have suffered at the hands of militia’s controlled by him/Quds.

Already, there have been threats of retaliation against the USA and many countries have issued travel warnings and advisories to their citizens across the Middle East but primarily in Iraq and Iran. The whole region was already nervous with the escalation in tensions between Iran and Saudi Arabia; the killing will only increase those tensions.

Although possible, it is not felt that Iran would dare target US interests directly. It is assessed that Iran knows that any such actions would lead to a military response which could bring in regional allies some of whom would use the opportunity to destroy its nuclear capabilities and facilities.

It is believed that it is far more likely that incidents targeting and disrupting the flow of oil through the Straits of Hormuz (oil prices have already increased sharply) will occur. There may be an increased number of regional attacks, destabilisation tactics and escalations of tension caused by the Quds (their new leader Esmail Ghanni may wish to demonstrate a hard-line approach) or more likely by the use of third-party proxies as a retaliation for the killing. The dangers with this are that many of the regional countries who are opposed to Iran have ongoing defensive agreements with the USA and any direct action could backfire with regional players, supported by the USA taking direct action against Iran.

The risk to US commercial interests may be mixed. There may be very little change in the Sunni dominated countries; especially as protests etc. are tightly controlled. However, in those Shai dominated countries where there already exists instability and dangers the risks are far higher. In these countries US flagged commercial interests could very well be targeted through protests, damage, or even attacks on personnel.

There is the potential for the killing to be used as an excuse to attack other nations interests across the region, but this very much depends on how far Iran is willing to escalate the situation and whether it would be in its own best interests to do so. It isn’t believed that it would, but it can never be ruled out and therefore natural allies of the USA could also have their diplomatic and commercial interests targeted (in many cases ‘softer targets’ than US interests).

What should international organisations be considering?

In many cases it depends where organisations and their personnel are and what activities they are involved in. The first thing that an organisation should remember is that they have a duty of care under a wide range of international laws (as well as moral obligations) not to expose staff to unnecessary dangers. Similarly, governments have a duty of care to their citizens and as such provide travel advice, warnings and alerts for countries; this advice and guidance should be followed and in many cases insurance, flights etc. is/are directly linked to it. With regards to Iran and Iraq most advice is to avoid ‘ALL’, or ‘all but essential’ to these countries. If you ignore your national travel advice you may not be supported by your own government and increase personal and organisational risks.

Things should be kept in perspective and there should not be a knee-jerk reaction to the incident (although it is a significant spike) as regional tensions have been building for an extended period and international organisations should already have their emergency and crisis management strategies up to date and at hand.

Unfortunately, I know too many international organisations who do not have any such strategies in place or have even considered the “WHAT IF?” question. These type of organisations are unnecessarily exposing their staff and operations to unnecessary risks, not least the liability aspects if something goes wrong, and should address them as a matter of urgency.

International organisations should be reviewing their operations and emergency plans, ensuring that details are up to date, trigger points for strategic actions that are clearly identified and understood at HQ and in-country. Consider whether it is appropriate to scale back non-essential personnel or families. Is it necessary for staff to travel to the region or can it be delayed? In many cases, as pointed out earlier much would depend on where they are and what they are doing. For example, would I consider withdrawing families from Iran, yes. Would I consider withdrawing families from the UAE or Saudi Arabia, not at this time; but I would monitor the situation very closely. Would I evaluate the need for staff to visit the region, yes based on operational necessity and risk exposure.

If emergency plans have not been tested in a while organisations should consider exercising and testing them; to ensure that they remain fit for purpose. I have unfortunately seen situations where international organisations have created the emergency and crisis management plans that work on paper but have not considered local situations and availability of resources, resulting in gaps and vulnerabilities being created. Remember, time spent testing and reviewing plans is never wasted!

If future evacuation of personnel is not necessary or appropriate are there other actions that can be taken that would continue operations and keep staff safe? Can work be transferred to other offices? Can staff work from home? Can security personnel be deployed? These are all legitimate questions that an organisation can and should be asking itself.

It is always appropriate to speak with your legal team/counsel and your insurers. They may advise you of ‘red-lines’ that you are not aware of or clarify where ‘red-lines’ exist; either way organisations are better able to make informed decisions if they are aware of the facts that can directly impact them.

Finally, if an organisation is unprepared and wishes to seek professional advice and guidance on emergency planning or crisis management don’t check the telephone book! Select individuals or organisations who have the necessary skills and experience to support you, especially within the Middle East and internationally. Insurers may be able to point you in the right direction (or may have it included within your policy) as can professional bodies and don’t forget personal recommendations.

The fallout from the killing of Solemani will be felt across the region; spiking in the short term but with ramifications over years to come. However, it does not mean that ‘World War III’ is going to break out! (Although it doesn’t mean it can’t be the trigger for a significant conflict.)

In some parts of the Middle East life and operations will continue as normal without any disruption caused by the incident; or its potential fallout.

However, it does mean that tensions within the Middle East region are probably at their highest levels for a very long time and that organisations either operating in, or planning to operate in the region should consider the levels of risks that exist and how prepared they are to deal with them.

Organisational emergency and crisis management plans should be seen as an essential part of operating within the region and the ability to respond in an appropriate manner to protect staff, operations and organisational reputation may depend upon them working. If help is needed seek it!

Andy Davis is the Managing Director of Trident Manor limited and a former British diplomat with responsibilities for governmental security management and operations, including emergency planning, in the countries he served. Having served in Saudi Arabia, the UAE and other regional countries he is fully conversant with the political, military and religious tensions that exist.

Since establishing Trident Manor his services have been sought by clients and international organisations (including those within the Middle East) in support of emergency and crisis management planning, creation of international travel risk management programmes and responding to international crisis situations.

Trident Manor is a specialist security, risk and crisis management consultancy based in the north of the UK but supporting clients around the world through its network of specialist consultants.

Should there be any questions or concerns raised by this blog please feel free to contact us directly where we can assist or offer advice and guidance to help you protect your assets.