The Benefits of Effective Training

Trident Manor has worked with a long-standing client to develop and implement an effective crisis management strategy, including the training and exercising of the plan. During November 2022 following such a training session the true benefits of our services came to fruition.

In 2017 Trident Manor undertook a complete overhaul of a new client’s incident management strategy which included developing Emergency Response and Crisis Management Plans (ERP and CMP). These plans were developed and embedded just prior to COVID striking and resulted in a more proactive approach being taken to organisational risk management throughout the crisis that COVID brought.

Since COVID the engagement has continued and at the start of November 2022, specialist training programmes were delivered which included ‘Crisis Communications’ for the senior management team and ‘Suspect Package’ for the operational security team.

The Crisis Communications programme involved reviewing the CMP and through the use of scenario-based exercises the requirements were tested. This testing involved group discussions, developing holding and press statements, before finally delivering ‘pieces to camera’ involving role plays and third parties acting as journalists. Everybody found the training challenging yet rewarding, and very beneficial for the organisations.

The operational security team had seen a lot of changes and therefore based on the identified training needs a detailed session on suspect packages and IED recognition was carried out. Mock postal devices were used and the team was able to discuss the characteristics of IEDs (Improvised Explosive Devices) they were also able to examine the composition of different types of postal devices. The operational practices to be implemented on the finding of a device were reviewed and some of the difficulties were discussed to identify the changing in responses. Again, all staff found the training hugely beneficial.

Within two weeks of the training, a call was received by the security team of a suspicious object being left in a public area near a hospitality venue. The security team arrived and saw that the object had the appearance of a modern artillery shell. The previous training that they had undertaken just weeks earlier was put into action and the Crisis Management Plan was activated. 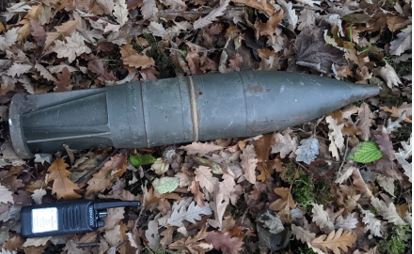 The area was evacuated and based on previously identified contingencies a reception centre was established at an on-site hotel away from the evacuation area. When the police arrived they were briefed and shown images that had been taken, before requesting the army bomb disposal team.

While the security team was working with the police, senior managers were busy ensuring that welfare considerations for the evacuated people were being addressed. When the information came back from the Bomb Disposal Team that the device had to remain in situ until the following morning a decision was immediately taken to offer hotel accommodation to those who were affected by the incident.

The following day the device was removed from the site and taken to a nearby beach where a controlled explosion to destroy the device was taken. Following the removal of the device from the client’s site, normal activities were resumed.

The bomb disposal team could not confirm if it was a live device but it had the appearance of a modern eastern European mortar, weighing approximately 28 kgs.

The actions of the operational teams and senior managers in managing and proactively responding to the events that unfolded were first-class. A debrief occurred and it was commented upon that although there had previously been some scepticism about using suspect devices during the training they were all really glad that it had been used and how beneficial it had been to go through this type of scenario.

As an organisation that is devoted to delivering meaningful and beneficial training this case study just goes to show the importance of pushing and testing plans with meaningful scenario-based exercises.

A senior manager said, ‘I half expected to see Andy (our managing director) jump out and say it was an exercise. We are really glad the scenario was used and I am looking forward to the next training which will happen during Q1 of 2023.’

Andy Davis said, “The testing of any emergency of crisis management plans has to be meaningful and should at the minimum involve tabletops or scenario-based exercises. Teams and plans are only truly tested when stress-tested.” “ I’m proud of the actions taken by the client’s teams and I’m really proud of the training packages developed and delivered by the Trident Manor team.